San Pablo, located in Contra Costa County, California, is a city within a city. Surrounded by Richmond, California, the city’s 32,109 (as of the 2020 census) residents enjoy a mild, Mediterranean climate. The area originally occupied by group of Ohlone Indians, the Cuchiyun, was later claimed that my Spain and granted for grazing to Mission Dolores. 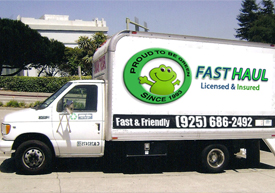 When Mexico declared its independence from Spain in 1823. The latter became part of a large land-grant given to a former soldier and renamed Rancho San Pablo (by a Mission Delores Priest, who sought to protect that point of the day, by naming it after St. Paul). Juan Bautista Alvarado, the first native born governor of the State of California, lived in San Pablo.

What to Do in San Pablo

Visitors can enjoy a taste of the town’s history at either the Alvarado Adobe Museum, which is a replica of Governor Alvarado’s home, or the Blume House Museum, a farmhouse built in 1905, and then subsequently relocated in 1979. After the annexation of California by the United States, San Pablo began to transition into a large-scale agricultural region. The main street of the town, also known as San Pablo Avenue, became part of a stage route from San Francisco to Oakland to Sacramento. The stagecoach along with a strain of American migrant ranchers, which included a large number of new immigrants, began to diversify the population of the area. And after World War II, the sleepy town grew from 2000 to 25,000, in the community became a suburb.

The former “All American City Award” (for civic improvement projects) winner in 2014, the city of San Pablo supports Zero Waste, Spare The Air, and other environmental initiatives, and is dedicated to protecting and conserving natural resources. The city encourages recycling, reducing waste, and safely disposing of hazardous waste. As of July 2012, California has mandated a new commercial recycling law to reduce greenhouse gas emissions, which is applicable for businesses and multifamily units.

Waste collection is managed by Republic Services Waste and Recycling, but not all objects are suitable for collection. For example, all Household Hazardous Waste (HHW) and matresses must be dropped off at the Richmond HHW facility (located at 101 Pittsburg Ave.). larger, bulkier items like furniture may be picked up as part of the complementary Curbside Bulky Item Collection, but residents are limited to only one per year.

Fast Haul can deliver your unacceptable recyclables, HHW or propane tanks to the appropriate collection station. If you live in the San Pablo area, and you have bulk items, unwanted electronics, extra garbage, construction debris, discarded furniture, or other items not suitable for standard trash or recycling pick-up, contact Fast Haul as we provide the following services:

We offer our hauling and junk removal services to San Pablo and the entire San Francisco Bay Area!

The easiest way to hire the number 1 San Pablo junk removal company is to schedule an appointment online. In fact, not only it is easy, but a Fast Haul representative will come out to your job site to do a free estimate.

Cost of Illegal Dumping in Oakland Set to Increase

California has been a world leader in sustainability efforts, but that hasn’t eliminated the problem of illegal

A Look at Dump Costs Around the Bay Area