Can Collection gets interesting

Can Collection gets interesting 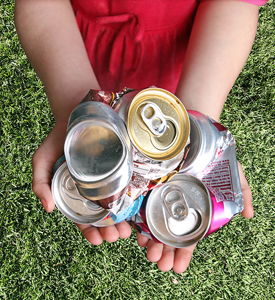 After a while, San Francisco residents get used to certain sounds. On Tuesdays, the emergency broadcast system issues a robotic test message. Sometimes the Caltrain’s horn can be heard echoing between buildings. And cans can always be heard as they’re collected and crushed in front of homes and apartments.

There is an underground economy of can collection in San Francisco. Residents sunning in the parks can be assured that their cans will be collected soon, and it won’t be by city workers. And those who collect cans know the days that each street will be putting their blue bins out for collection the next day.

This week, KTVU published an article about the practice of ‘late night trash scavenging.’ The article cites an interview with a police officer, a few city residents, an eyewitness team of reporters. KTVU found trucks that were buying recyclables directly from those who had collected them–at a lower price than city collection centers. By taking advantage of the opportunity, these collection trucks can offer less money to those who need it immediately–often for food.

A recent law makes can collection from blue Recology bins illegal. There are very few citations for the widespread practice. And apparently there is a new infrastructure forming around this type of collection, if the new collection trucks are any indication. KTVU mentions, not citing a source, that San Francisco loses $5 to $10 million because of this process. They don’t mention whether that’s per year or cumulative.

In fact, it’s difficult to tell just whether or not this collection process is a good or bad thing. According to sociologist Teresa Gowan, the collection of recyclables gives homeless folks a respectful way to provide for themselves. But we have to keep in mind that it isn’t only the homeless who collect cans. There are also SF residents who live comfortably and collect cans as an additional form of income.

I’m curious to hear what readers of our Eco Blog think of this practice. Is it damaging to the city? Does it just hit Recology’s bottom line? Or is it something we should continue to allow, for the sake of the city’s less privileged residents?