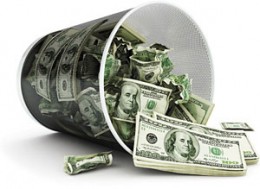 Beginning of 2013, residents in El Cerrito will see a 5%-10% increase in trash and green waste hauling rates and recycling fees, following City Council approval of a new contract with East Bay Sanitary.

El Cerrito’s environmental analyst, Garth Schultz, says the agreement took place in order to make up for the loss of revenue East Bay Sanitary was incurring due to recent trends of residents switching from 35 gallon to 20 gallon receptacles. Schultz says, the impact of people using the smaller waste receptacles is severe, as it costs the same to haul trash and dump them and East Bay Sanitary receives less for doing it.

Fast Haul is an advocate of responsible recycling and trash hauling and emphasize the benefits of keeping the planet green and clean outweighs the cost and time in doing it.