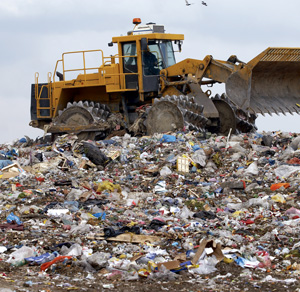 The San Jose Planning Commission was given permission on Aug. 14, 2012 to expand Republic Services of Santa Clara County’s Newby Island Landfill facility after it had given their final Environmental Impact Report (EIR) and uphold the California Environmental Quality Act conformance. The dump expansion will allow Republic Services to increase the elevation from 150 ft. high to 245 ft. high as well as expand the width to about 15.12 million cubic yards. The plan will also allow Republic Services to relocate various garbage related activities including where and how it could haul, store, process and compost odor-causing food waste and other organic materials.

The city of Milpitas argued that San Jose City Council gave little attention to the immense odor emanating from the landfill, nor to the impact on waste hauling, composting and recycling operations at Newby Island if the planned changes were put into action. Additionally, the EIR falsely claimed that odors currently emanating from the dump were inconsequential and that the odor impact from the huge expansion would go unnoticed by the local community.

On Sept. 27, 2012, the city of Milpitas filed suit against San Jose City Council but are currently pursuing a possible settlement to remediate the odor issues. If no settlement is reached, Milpitas will continue with its litigation.

Fast Haul is concerned about the impact of environmental changes and health due to unethical waste hauling and disposing. Fast Haul ensures that their business practices are always in line with state environmental laws.