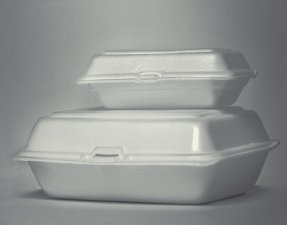 In regards to our previous blog post, South Bay Cities Consider Banning Foam Containers, San Jose will be the largest city in the nation to pass a ban on expanded polystyrene (ESP) foam containers from retail food establishments, effective in 2014. On Aug. 27, the City Council voted 9-2 passing a measure to phase out foam containers from ever being used as a take-away option for restaurants in the city. In addition, the ban does allow room for postponement of the implementation to restaurants who are facing financial hardship.

The foam ban debate has split the residents in San Jose. City leaders believe this ban will help reduce stormwater trash, landfills pileup, littering as well as get the city closer to its zero waste goal. However, both the American Chemistry Council and the California Restaurant Association argue that foam containers does not have a negative impact on the environment than any other waste out there and the fact that foam containers are recyclable, as there are many foam recycling programs in the city. Other Santa Clara County’s cities such as Sunnyvale, Cupertino, Los Altos and Mountain View have express their desire to ban foam containers, but have yet to make a legal decision about it.

Although, the impact of the foam container ban on the environment is unknown and debatable, Fast Haul’s junk hauling and trash removal services is always reliable in providing environmentally-friendly recycling and disposal for the Bay Area.