How Green is California?

How Green is California? 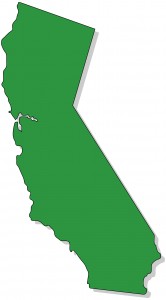 A recent report showed California ranks number three in the nation in terms of being green. It’s not a big stretch, given that California has put in place many programs intended to completely eliminate waste diverted to landfill.  One standout measure taken by the state is the ratification of a seven-part strategic plan, with a zero-waste program as its crown jewel.  The plan’s goal is to engage citizens and business owners in efforts to re-introduce solid waste into the marketplace or nature, in ways that minimally impact the environment, i.e., recycling, reusing, or flat-out reducing consumption, and consequently sidestepping landfills altogether.  California was the first state to adopt a zero-waste policy.

According to the report provided by MPHonline.org, California recycles 68% of waste.  The legacy stands and California can boast being the most recycling state in the Union.  Companies like Fast Haul are a key part of the success of California’s green initiatives, offering consumers economic options for sustainably recycling or reintegrating their unwanted bulk items, via county or state sanctioned collection centers, charitable organizations, or other recycling options.

Presently, the state is considering a ban on single-use plastic bags in food retailers, such as grocery and liquor stores, as well as in pharmacies.  Recycled-paper or reusable bags will be permitted for distribution by retailers.  Hand-in-hand with its other green initiatives is California’s focus on renewable energy sources; it ranks third in the nation.

Where California has room to grow is in reducing CO2 emissions, it ranked 50th, just above the “Lone Star State” of Texas.

That notwithstanding, California still does pretty well and has many of the top green cities in the nation.   San Francisco, Oakland, Berkeley, Sunnyvale, and Irvine, are at the head of the pack in the state, but not all California cities are on the green train.  According to Firsttoknow.com, the cities of Fresno and Bakersfield are at the bottom, not only in California, but in the nation.  But, if the rest of the state is an indication, and if the proposed statewide plastic bag ban is approved, these cities, too, might find themselves working towards a greener future for California.