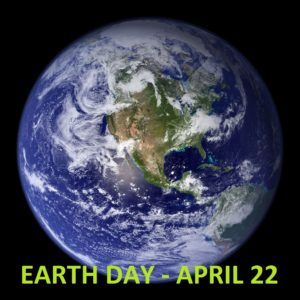 Philadelphia may be the city of “Brotherly Love”, but San Francisco…is the city of “Motherly Love’.  In 1971, the United Nations designated March 20th as International Earth Day, a day which has been celebrated around the world, but it was first celebrated in San Francisco, CA.  Why March 20th? That day is the first day of spring, also known as the vernal equinox. What does this day signify? In the words of UN Secretary-General Ban Ki-moon on the occasion last year, “International Mother Earth Day is a chance to reaffirm our collective responsibility to promote harmony with nature at a time when our planet is under threat from climate change, unsustainable exploitation of natural resources and other man-made problems.”

This clarion call has been taken up by environmental sentinels and stewards the world over and now you can find Earth Day or International Earth Day, or some other version of this nomenclature, celebrated in countries around the world. Earth day events tend to be highly educational and participatory in nature – a vehicle to engage citizens in the issues that shape not only their immediate environment, but that of other communities, and ultimately, the world community. Projects range from tree-planting, to composting, to stream reclamation, to recycling workshops, and are generally hoped to lead to ongoing and year-round events and activities in local communities.

It was in 1990, on the 20th anniversary of Earth Day that the movement went global, by mobilizing 200 million people, in 141 countries. The scale of that mobilization gave environmental awareness a global platform and impact. One empirical result of this action was the boost in recycling efforts around the world. In 1985, the average recycling of Americans per capita was 10.1% (of total Municipal Solid Waste generated), by 2011 that number had jumped to 34.7%, more than three times what it had been less than two decades ago.

In the words of the movement’s founder, Gaylord Nelson, “The wealth of the nation is its air, water, soil, forests, minerals, rivers, lakes, oceans, scenic beauty, wildlife habitats and biodiversity… that’s all there is. That’s the whole economy. That’s where all the economic activity and jobs come from. These biological systems are the sustaining wealth of the world.”