Bags Banned On Either Side of the Caldecott Tunnel

Bags Banned On Either Side of the Caldecott Tunnel 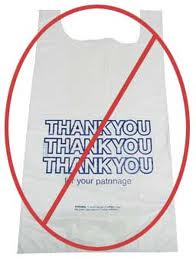 Single-use or plastic bags are up for a ban in Walnut Creek, due to take effect fall 2014.  The ban was reached in a 4-1 decision by the city’s council members recently bringing the city into the fold of over 100 other cities throughout the state of California who have enacted such a measure. Walnut Creek is the fifth city in the county to enact such a ban.  The ban will prohibit plastic single-use bags at all restaurants and retail stores, as well as supermarkets and pharmacies.

Assessments in Walnut Creek found that plastic bags litter waterways and cause environmental degradation. By eliminating them, the city will be better able to meet federal waste reduction requirements. The ordinance will require that a fee of from 10 to 25 cents for each bag be charged to customers by participating stores, with the exception of paper bags, as well as certain plastic bags (those without handles, typically used to protect meat, produce, and dairy from exposure to other objects).  Plastic bags used by launders for dry-cleaned clothes, food retailers for prepared foods, pharmacies for prescription medications are also exempt.

Stores must comply with the ban by September, but restaurants, which had previously been excluded from the ban, will have until December to do so. The additional time will be used to educate restaurants and smooth the transition away from the extremely popular take-out bags. State law mandates grocers recycle plastic bags, but this is costly and still doesn’t address the issue of their ultimate entry into the environment. According to a Walnut Creek city program manager, only 3 percent of plastic bags in California are recycled.

The city means to change that, with a fine scheme that charges $100 for first-time ban violators, $200 for second-timers in a 12-month period, and $500 for third-time violators and any subsequent violations.