The Low-Down on Lowes: Lowe’s ordered to pay $18.1 Million Settlement for Environmental Violations

The Low-Down on Lowes: Lowe’s ordered to pay $18.1 Million Settlement for Environmental Violations 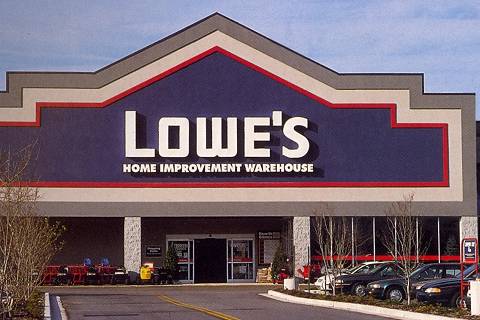 36 years ago, the Love Canal neighborhood of Niagara Falls, New York, began coming under serious scrutiny as disproportionate rates of reproductive disorders (miscarriages and birth defects) among its residents sparked an investigation which disclosed that the community had been built on a former chemical waste ground used to dump over 20,000 tons of toxic waste – and the city knew it. Two years later, and multiple civic actions to pressure government to relocate residents, culminated in a declaration that the city was a “national emergency” by President Jimmy Carter, who then sanctioned government-funded relocation of the residents (Source: http://unioncity.patch.com/groups/police-and-fire/p/alameda-county-judge-orders-lowes-to-pay-181-million-settlement-for-environmental-violations#).

The phrase history repeats itself comes to mind after the latest revelation that four Lowe’s stores in Alameda County, CA were just found guilty of illegal dumping of hazardous wastes. California law specifically states that merchants must keep hazardous waste in separate and labeled containers to minimize the chance of exposure to humans, and further, to avert dangerous chemical reactions among incompatible chemicals. However, a two-year investigation (from 2011 to 2013) of Lowe’s stores by the Alameda County District Attorney’s Office Environmental Protection Division and investigators from the California Department of Toxic Substances Control (and other state environmental regulators), unearthed a consistent practice of sending hazardous wastes to local landfills not permitted to receive those wastes (despite the fact that dumping hazardous wastes at landfills has been prohibited on the residential level for decades). Moreover, the investigation also revealed that instead of recycling compact fluorescent light bulbs and batteries solicited at store kiosks for this express purpose, the stores were illegally dumping them in their trash.  Compact fluorescent light bulbs are known to contain mercury, which is linked to cancer and other serious health hazards.

California, and the Bay Area (which includes Alameda County) in particular, is especially concerned about preventing environmental damage and health hazards associated with toxic wastes – as evidenced by its local ordinances which prohibit or inhibit the generation, or diversion to landfill, of household and industrial hazardous wastes. Consequently, the civil enforcement action filed this month in Alameda County (spearheaded by the District Attorneys of Alameda, San Joaquin and Solano counties) alleges that more than 118 California Lowe’s stores have unlawfully handled and disposed of hazardous wastes ranging from pesticides, to solvents, to aerosols, to paint and colorants, in addition to electronic waste (e-waste) and other toxic, combustible and corrosive materials.