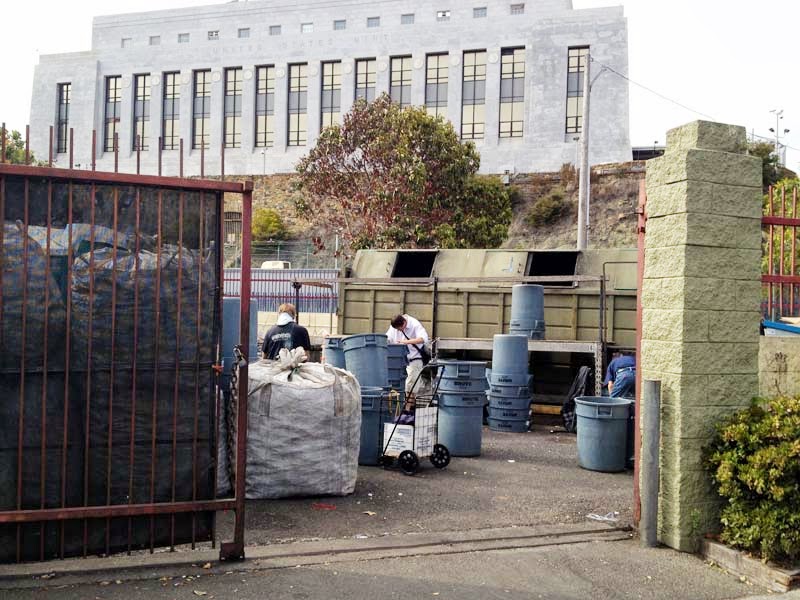 The recycling center at the Market Street Safeway

In San Francisco a heated battle continues to over one current recycling center that has overstayed their welcome, as well as opposition over another one looking for city approval before setting up shop.

At the Safeway located at 2020 Market St., residents and business owners had enough with the industrial sized center operated by Community Recyclers. People have grown tired of the seemingly endless line of shopping carts and overflowing trash bags lining the street up to the center, creating hefty amounts of litter, noise, and traffic congestion.

Last summer, Safeway terminated the center’s lease, but Community Recyclers opted to not leave without a fight. The center stayed open, forcing Safeway to file suit. When the dust settled, a settlement was reached that would see the center close on June 30th.

The 30th came and went, with the center still holding normal operating hours. With Community Recyclers violating a court order and facing a formal eviction, the task of enforcement falls on the shoulders of the Sheriff’s Department. According to department policy evictions take place on Wednesdays, although there has been no word as to if they have followed through.

Many of the same reasons why locals wanted the Market St. center closed are coming into play to try and stop a new center from opening on 10th and Harrison. Residents of the area came out in droves to almost unanimously oppose the planned recycling center, citing the already dangerous intersection as a less-then-ideal site for the increased foot traffic a recycling center will bring.

In the end, San Francisco is faced with a unique and challenging problem with public recycling. While recycling centers play a huge role in the illegal collection and processing of recyclables (which can cost the city around $5 million annually), the city hopes not to completely alienate people looking to help them reach the goal of zero waste.