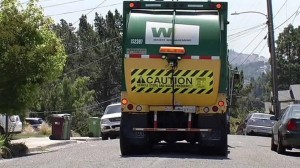 In a surprising turn of events, The City of Oakland has decided to bow out of the legal battle brought on by Waste Management and give back the contract that will keep the company in control of a majority of the waste collection services.

While the council’s unanimous vote allows California Waste Solutions (CWS) to still be in charge for collecting recyclables, garbage and compost collection duties will be the responsibility of Waste Management. This means that the hundred plus year relationship between Waste management and Oakland will continue.

Some city officials are meeting the decision with a sigh of relief. Under the previous contract, CWS would have had to drastically expand their operations in the city in a very short amount of time. This would include building new facilitates, acquiring 150 new trucks, and 300,000 new trash bins. Some officials whose advice fell on deaf ears suggested that the small East Bay company could not meet the lofty challenge.

On the other hand, a faction of officials who help get the contract in the hands of CWS in the first place are less than enthused. Councilwoman Desley Brooks offered her take on the situation, saying, “We have set a precedent here tonight that when people don’t get their way and they have enough money, they just do whatever they want to, say whatever they want to and there are no ramifications for what they do”.

As part of the new deal, Waste Management has agreed to drop the lawsuit, end the petition drive they started, and reimburse the city around $800,000 to cover their Oakland’s court costs.