Recycling Costs On The Rise for San Francisco

Recycling Costs On The Rise for San Francisco 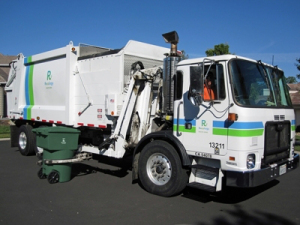 With the holiday season in full swing, people all across the Bay Area are gearing up to start shopping: hunting for deals, mapping out stores to hit on Black Friday, and getting gift lists together. Unfortunately for the city of San Francisco, they will be getting a rather unwelcomed gift this year: higher recycling rates.

In a new contract proposed between the city and long-time service provider Recology, the bill for city departments will increase by 11% over the first four years of a six-year contract worth $44 million. This means that on average, the city would see a 2.85% rate increase every year, with no increases in the last two years.

The contract, while not expected to face much if any opposition when brought to the city board, is an uneasy reminder of just how dominant Recology has been in San Francisco. In 1932, the company was granted a “permanent concession” to individuals or small, independent businesses that were in possession of the 97 collection route permits. After that, those 97 permit holders banded together to create the company that is now Recology. The permanent rights that were given became assets of the company, thus beginning a long and lucrative monopoly.

Since then, efforts to break the monopoly have failed, including a 2012 ballot measure that hoped to bring some competition to the market. The ballot, which Recology spent $1.7 million opposing, was rejected by 76% of voters.