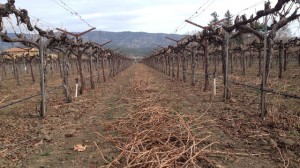 Given the recent downpours that northern California has received, many people are left to wonder if they can take this as a sign to resume watering their lawn and taking longer showers. Unfortunately, this is far from the truth. According to recent data, the Golden State is still faces a significant deficit in water levels.

According to recent satellite data collected by NASA, California needs around 11 trillion gallons of rainwater to end the record-setting drought. That’s enough water to fill an Olympic swimming pool 17 million times! The study to determine the amount of water the state needs was the first of its kind, using Earth’s gravitational field to measure fluctuations as well as documenting changes to the shape of the planet’s surface.

NASA also reported on the groundwater levels and the state of the snowcap. Data suggests that California’s 2 biggest river basins, the Sacramento and the San Joaquin, have lost a combined 4 trillion gallons of water per year since 2011. This year’s snowpack was one of the three lowest on record and the worst since 1977. With less snow we tend to see less sunlight reflection, which means Earth is absorbing much more heat then usual.

While the rain might not have put much of a dent in the amount of water we need, the states reservoirs received a substantial boost. According to measurements taken by the Department of Water Resources, 2 of the states largest reservoirs, Lake Shasta and Lake Oroville, saw their water levels rise from 41% to 53% and 44% to 54%, respectively. The 10 other smaller reservoirs also saw their water levels rise.

California residents should take these signs as a reason to continue monitoring personal water use and cutting back as much as possible. That means checking pipes for leaks, taking shorter showers, turning off the faucet when washing your hands, and only washing full loads in the washer. You can find more water saving tips HERE.