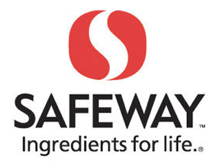 For the second largest supermarket chain in the nation, the New Year is off to a bad start.

In a decision levied by the Alameda County Superior Court, Safeway Inc. will have to pay $9.87 million as part of a settlement for improper hazardous waste management. The charges brought against Safeway are a result of a 3-year investigation of nearly 500 stores (including stores of Safeway-owned chains like Pak ‘N Save, Pavilions, and Vons) and distribution centers across the state.

Ironically, the investigation into Safeway started when district attorneys in Southern California were looking into the practices of a different business.  They discovered that Safeway was shipping hazardous waste from stores back to distribution centers without using licensed transporters. This information gave prosecutors enough reason to begin surprise waste inspections at stores across the state.

As the inspections rolled out, investigators discovered that workers at hundreds of Safeway locations were disposing of hazardous waste into common dumpsters. On top of that, workers were also tossing sensitive documents like pharmacy patient records without shredding them, leaving customers susceptible to identity theft.

On top of the financial penalty, the settlement stipulates that Safeway must continue its First Assistant Store Manager Program, which identifies and addresses compliance issues at the store level and oversees yearly store audits.  Between the start of the investigation and now, district attorneys have already been working with the company to develop new procedures to ensure proper waste disposal.

While Safeway admits no wrongdoing (a move we are used to seeing among big companies like this), they have agreed to “continue to dedicate significant resources to these important [waste management] programs”.